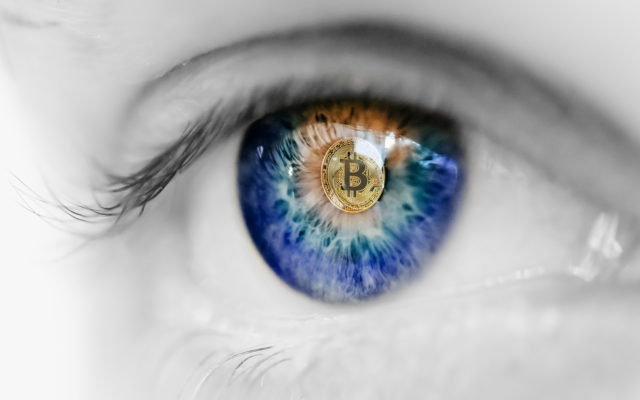 Bitcoin dwarfs every other altcoin when it comes to return on investment (ROI) since initial exchange listing, data shows. Had you threw in just $100 bucks into BTC in 2010, you would be a millionaire today.

A new visual graph from DataLight perfectly illustrates just how impressive Bitcoin ROI (return on investment) has been over the past decade. 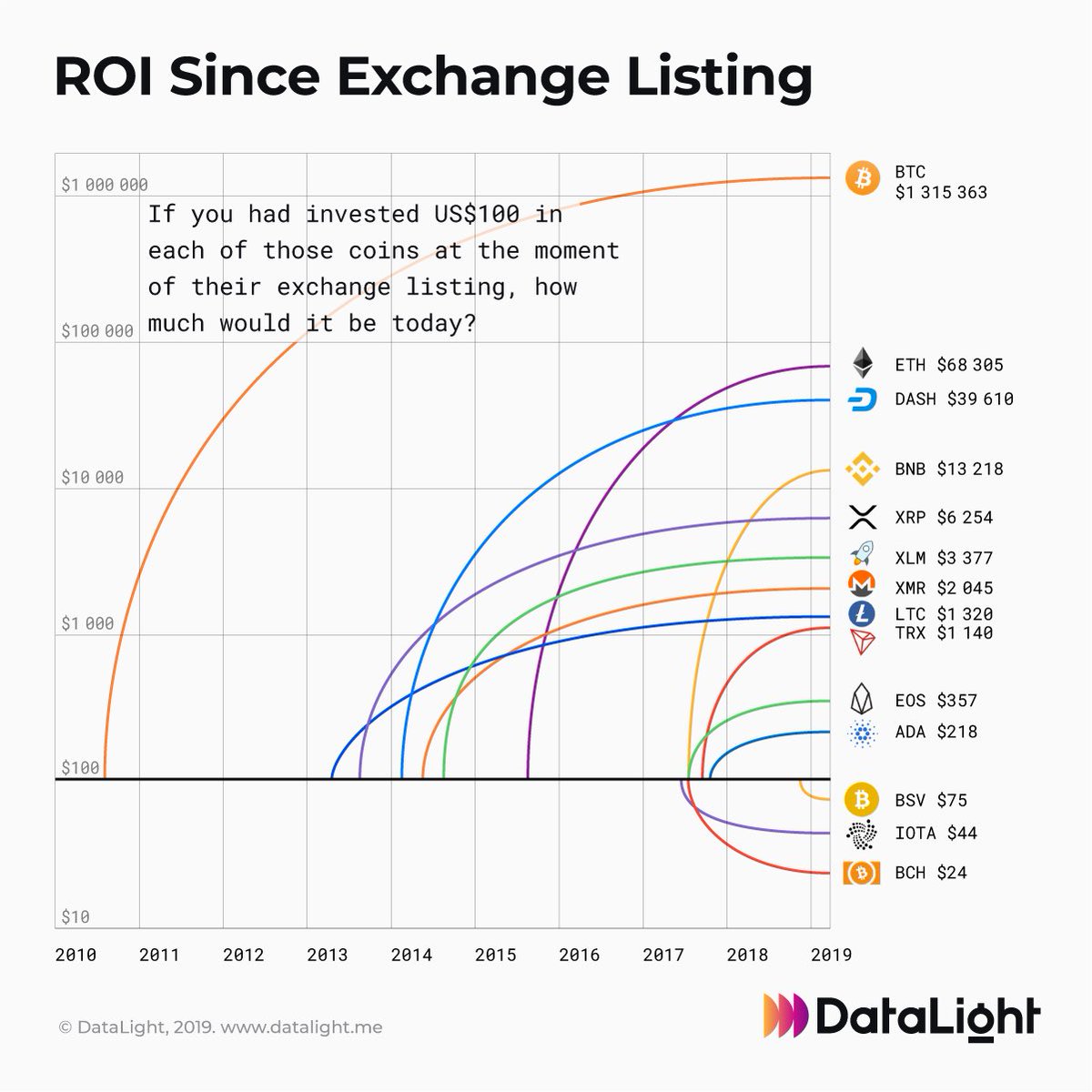 Buying just $100 USD worth of Bitcoin in mid-2010 would have netted you a cool $1.3 million today. That is, if you managed to ‘hodl’ instead of ‘sodl’ your precious bits until today.

By comparison, every other cryptocurrency has been dwarfed by BTC when it comes to ROI since being first listed on an exchange.

Granted, when it comes to trading on exchanges, Bitcoin has an almost 3 year head start even on Litecoin, one of the oldest ‘altcoins’ and the first to use the Scrypt hashing algorithm. But for those banking on the ‘silver to Bitcoin’s gold’ to beat Bitcoin’s returns anytime soon may be out of luck.

Certainly, Litcoin has seen some impressive rips in recent years. However, the price of Litecoin has had a much different trajectory while being at the mercy of BTC market cycles.

For example LTC/USD peaked at around $35 in November 2013. These same price levels then repeated in July 2017….and again in January 2019. This is more reflective of speculative, pump-n-dump behavior than a (secondary) store of value.

Bitcoin, on the other hand, stands out  as it continues to post higher highs after every bubble making it the perennial leader of cryptocurrencies today.

Ethereum (ETH) 00 has been the best performing altcoin since its exchange debut in 2015. One hundred bucks into Ethereum would have netted you roughly $68,000 today at around $170 per ETH. Though, undoubtedly, this figure would be much higher at Ethereum’s all-time high of nearly $1,400 in January 2018.

Bitcoin-branded forks like Bitcoin Cash, meanwhile, have fared even worse, actually depreciating in value since their inception.

More recently, Bitcoinist highlighted the stellar performance of Binance Coin (BNB) 00, which has skyrocketed in value since launching in mid-2017. In fact, it has become the first cryptocurrency to surpass the January 2018 all-time high.

At the same time, comparing in-house digital tokens like BNB (and pretty much every other ‘alt’ with a foundation or a company behind it) to Bitcoin is like comparing apples to oranges.

In fact, every single altcoin is paired against bitcoin by default for a reason. Admittedly, some altcoins have performaned marvelously against BTC since their inception, particularly on shorter timeframes.

That’s because their low market caps on exchanges are both a weakess and a strength. In bull-markets, for example, a lower cap means a coin can be pumped much easier allowing it to outpace the gains of high cap cryptocurrencies like Bitcoin.

On longer timeframes, however, the story repeats over and over again as Bitcoin demonstrates who’s king.

Therefore, it is no surprise that Bitcoin, being a truly leaderless, decentralized and open-source cryptocurrency, has attracted the most network effect and hashing power to be the most secure blockchain today.

Subsequently, this give investor confidence more confidence in Bitcoin above all. It also means that it’s the de facto choice for trustlessly transferring value over any other cryptocurrency regardless of fees.

It’s also no coincidence that the SEC is considering approving a Bitcoin ETF only. It’s why Bitcoin trading instruments have been the first to hit traditional markets; and why investors are increasingly calling it ‘irresponsible’ not to have exposure to BTC in 2019.

In fact, data has shown that allocating only 1 percent of one’s portfolio to bitcoin historically outperforms the S&P 500, gold and US Treasury bonds.

But, more importantly, it also highlights the possibility of a Lindy effect, suggesting that the ‘internet of money’ could be a zero sum game. If so, then betting on ‘the next bitcoin’ looks more like gambling. Whereas bitcoin is increasingly becoming the safer play and one of the best investment opportunities in generations.

Is investing in altcoins a good strategy compared to only bitcoin? Share your thoughts below!

The post Think Your Altcoin Will Beat Bitcoin ROI? Then Don’t Look at This Chart appeared first on Bitcoinist.com.

Ripple CEO: ‘Dozens’ of Major Banks Will Use XRP