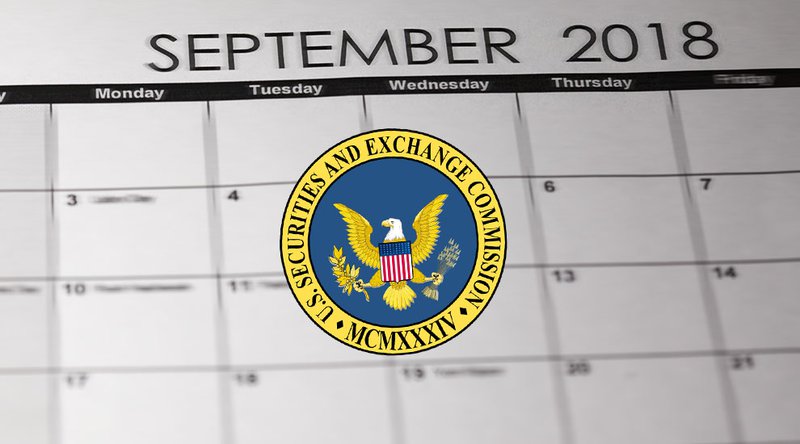 The U.S. Securities and Exchange Commission (SEC) has postponed the review of Bitcoin ETFs proposed by investment firm Direxion Asset Management, as it needs more time to study the proposal before reaching a final decision. In the July 24, 2018, edition of the Federal Register, the SEC said it was postponing its decision on the five ETFs till September 21, 2018.

According to the provisions of the SEC’s enabling Act, the commission is expected to give its decision within “180 days after the date of publication of notice of filing of the proposed rule change.” The publication date was on January 24, 2018, and the decision was due on July 23, 2018. The Act, however, makes room for an extension period of “not more than 60 days” for additional study before reaching a final decision on the proposal.

The New York Stock Exchange (NYSE) submitted the ETF proposal in question to the SEC on January 4, 2018. The filing indicates an opportunity for investors to “obtain daily short, leveraged long or leveraged short exposure to the lead month bitcoin futures contract” traded on the Chicago Mercantile Exchange (CME) or the Cboe Global Markets (CBOE), or any U.S. exchange “that subsequently trades bitcoin futures contracts.”

The ETF proposal from Direxion is just one of the many awaiting approval by the SEC. Last month, the CBOE submitted a joint ETF proposal by VanEck and SolidX, who are planning to list a physically-backed bitcoin fund.

In a recent letter issued by VanEck to the SEC, the company made a case for the fund’s approval, which has been shoring up support since comments were opened to the public. The letter went on to allay some concerns the SEC had about manipulation by stating that the bitcoin ETF would be regulated the same way bitcoin futures are, “under the well-established” Commodity Futures Trading Commission supervised framework.

While the SEC is taking its time to consider the VanEck proposal, there are rumors in the crypto community that suggest the ETF’s potential approval as a contributed to bitcoin’s recent bull run.

Team Satoshi says, ‘Bitcoin is hope for the future of humanity’