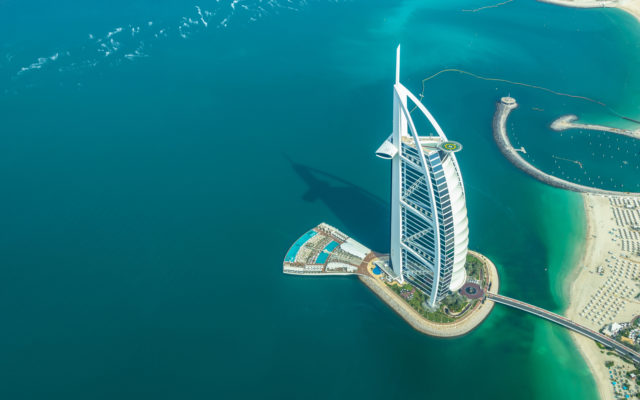 If you’re in the UAE and want to buy some bitcoin, you can do so without KYC from the first Bitcoin ATM in Dubai. Don’t get too excited, though. You can’t make withdrawals yet–and you’ll need to show ID when you do.

The First Bitcoin ATM in Dubai

The good news is that Bitcoin ATMs are gaining traction around the world. Now there’s an operational machine in Dubai hotel and wellness center Rixos Premium Dubai JBR. However, the functionality of the machine is pretty limited for now.

We have installed a Bitcoin ATM in Dubai at the Rixos Premium Hotel in JBR, Marina. Located on the Mezzanine (M) Floor.

For those looking to venture into the world of digital currency without having to undergo KYC or even show an ID Card, this is the path forward.

Users can simply purchase bitcoin with cash, no questions asked. They can’t sell them though, not through this machine anyhow. According to Anhad Dhingra CEO of Amhora, the company that owns the ATM, that option will be available in a couple of months.

Not All Good News for Anonymous Bitcoin Buyers

If you thought that using a fat wad of cash to purchase bitcoin was a great way to stay anonymous, think again. Remember, that you’ll need some sort of wallet to send your bitcoins to and an existing exchange to sell them afterwards.

Moreover, when the Dubai Bitcoin ATM rolls out the sell option, users will have to swipe their Emirates ID card or passport.

Amhora is fully licensed by the Department of Economic Development and will charge users a five percent commission on the total purchase. While this may sound steep to regular users who shrink from Coinbase and its high fees, the average Bitcoin ATM charges around 7.5 percent.

The commission is very attractive because you can buy bitcoins instantly. Otherwise people have to go through a number of procedures which take a lot of time. At this kiosk, you just insert cash and you get bitcoins instantly. It is possible to purchase bitcoins through banking platforms and debit cards already but since we accept cash, it is very different.

While there have been several prototype projects for Bitcoin ATMs, none of them is currently functioning. This makes Amhora’s ATM the first of its kind in the emirate.

Have you ever bought bitcoin from a BTM? Share your experiences below!